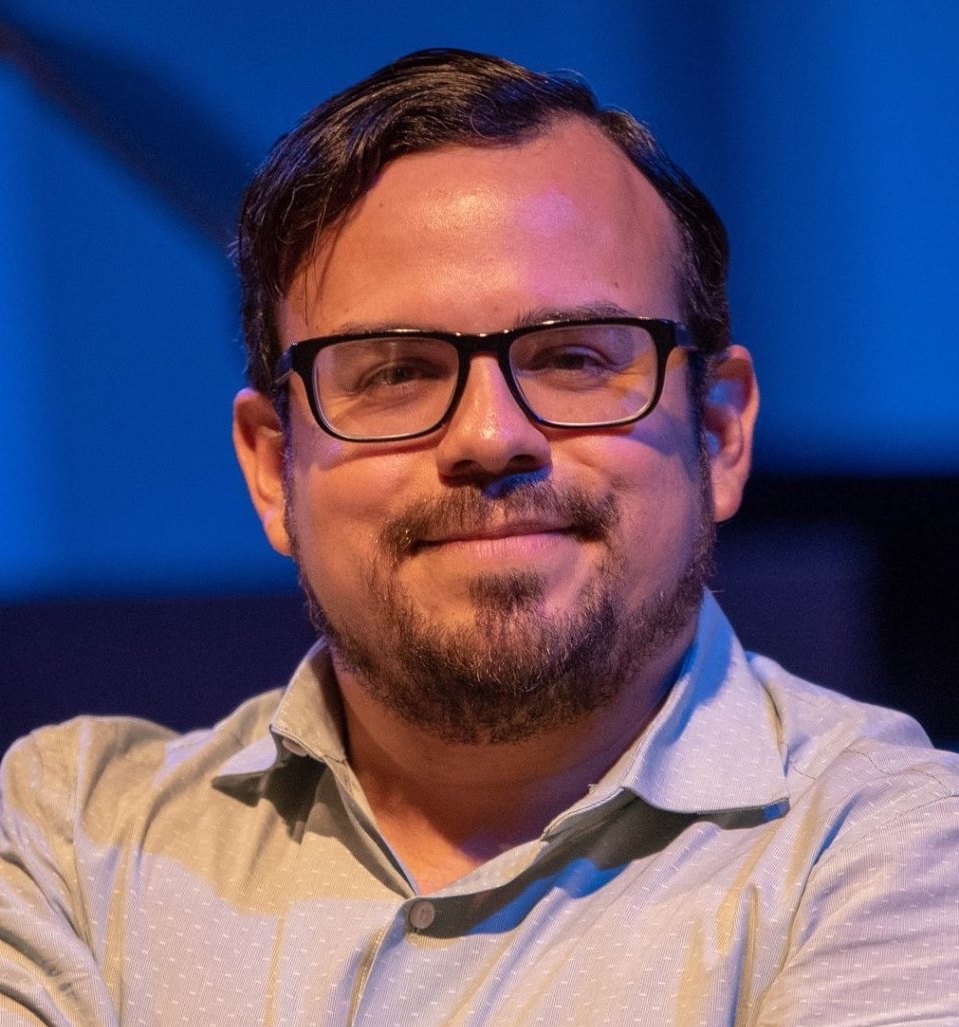 Rev. Juan del Hierro serves as Associate Minister at Unity on the Bay, in Miami, FL. His call and life purpose is “to passionately and boldly awaken the human family.” He does this through inspirational talks and workshops; meditations that touch the heart and awaken the mind; and his sacred activism. Rev. Juan believes we have a sacred opportunity and responsibility to involve ourselves in social justice issues in order to more fully create a world that works for all.

In 2019, Rev. Juan was blessed to be the co-presenter of Silent Unity’s Heart of Healing national retreat. He also serves the worldwide Unity Movement as a Field Licensing Mentor, and is currently on the Board of Directors of Unity World Headquarters, the home of Unity Village, which includes Silent Unity and Daily Word. His writings have been published by GLAAD and the Huffington Post. He has appeared on a variety of television programs including most major news networks and CNN International.

Rev. Juan has made Unity on the Bay one of the most well regarded progressive spiritual communities in Florida, involving it in issues such as homelessness, child poverty, civic engagement and equality for the lesbian, gay, bisexual and transgender community. He and his husband, Tom, along with their 6 year old son, Lucas, were part of the lawsuit that brought marriage equality to Florida in January of 2015. Rev. Juan has served on the Board of SAVE, the largest local LGBTQ rights organization and is past-Chair of Faith in the City, a coalition of Downtown Miami and surrounding area spiritual communities. His writings have been published by GLAAD and the Huffington Post. He has served the worldwide Unity Movement in a variety of capacities. He is currently on the Board of Directors of Unity World Headquarters, the home of the Unity Movement, which includes Silent Unity and Daily Word. In 2015 he received Congressional Recognition for his social justice work, along with SAVE’s Champion of Equality Award. In 2017 he was awarded the Local Hero Recognition at the Pink Flamingo Awards by a local chamber of commerce. Most recently he was honored by No More Tears, an organization that supports survivors of human trafficking and domestic abuse.

Rev. Juan is grateful for all that the Unity teachings have given him – an open heart, a peaceful mind, prosperity and purpose.

Personal website:Click here to watch other interviews with Martha.
Full details Get Directions